Hurry up and wait

Last night I had my first clinical. Mostly it was orientation, and *yawn*. We also worked in the "feeder dining room" and fed residents who needed help with it. I helped a lovely but somewhat confused resident. Unfortunately, between my apparently fading hearing and her low voice, it was a bit of a farce. But she got a fairly good meal down and we watched the birds in the aviary. Nice.

Now I'm in the interminable job wait. I've applied for a number. I'm quite excited about one: Hospice home health aide. The more I think about it, the more I think Hospice is where I want to end up (short-term, people, I'm talking work). I think it's such incredibly important work, people there don't seem to fall into the politics and backstabbing - and if I'm wrong, please don't write to me about it, I need my little dream.

I wonder, though, since I'm still techincally in class, if they'll disregard my applications. One spot has been open since December. I hope they're hot to fill it. To get to be a voyeur in someone's house and support them through death? Too cool for words. I know that's slightly twisted but what can I say. I have my foibles.

Tonight we work 1:1 or 2:1 with residents. Everyone is nervous but me. I figure I've been training for this job for the last 4 years, right? Feeding people who don't want to eat? Changing wet/dirty diapers? Making endless beds? No problemo.

What I *am* nervous about is the general load of work for the hours of the shift. Seriously, there were probably 10-12 residents in the feeder room and there would only have been THREE CNAs to help them. I just think that's nuts. A normal pt load is 8-10. That's 8-10 people who can't do most things for themselves. Dressing, feeding, walking (I canNOT say "ambulate"), cleaning, toileting, feeding, toileting, meds... it's a wonder anything gets done at all. I am afraid I'll be paralyzed by a crisis of indecision. Wha-? Who? When??

I know a lot of it is just figuring out your own routine, but that's so not something I'm good at, the routine. I'm not routine-y. Now martini, that's another story.

Labels: Learnin', Medical, What the hell was I thinking?, Whining

What kind of handgun are YOU?

Dude has celiac disease. I do not know this for a fact, as evidenced by blood tests, biopsies, or genetic testing. But I do know that when he eats foods with gluten, he develops eczema, stops gaining weight, and becomes a clingy, cranky, borderline-desperate boy.

MIL thinks I should have him tested but all the evidence I can find says that kids are hard to pin down, and that positive results from an elimination diet are good enough. I suppose some day it'll be worth doing, but not until he can understand what's going on and why we're feeding him food that makes him feel like shit. Yeah, you have to load up on gluten before hand in order for your intestines to start reacting, otherwise the biopsy won't show definitive results. Fun!

I've been kind of tooling along with a gluten-free diet for him, basically not feeding him any but not being too careful about the kitchen environment. Turns out a lot of people with CD have terrible problems with cross contamination. Like, separate toasters, pans, knives, peanut butter problems. And since he's having yet another eczema flare despite my efforts to keep gluten out of his diet, I think we have a problem, Houston.

It *may* be that the Quaker rice cakes that Perp shares with him every night (oh so cute) are the culprits, so they're the first thing we're cutting out. But if a few days of that doesn't do it, then I think we may need to just be a gluten-free household. It's too much work to keep everything separate the way it needs to be. I'm starting to understand how kosher households operate.

So. If you have any advice, recipes, product recomendations, hugs... I'll take 'em!

I will tell you this: I've found a cookbook that has let me make stellar brownies. I mean, wheat, no wheat, whatever, these are as good as scratch in the old days. So there's that. And? Chocolate chip cookies. Assuming the chips are GF. Oy. Gluten-free Baking Classics by Annalise G Roberts. Go. Get it. And order some superfine brown rice flour while you're at it. You won't believe the difference that extra grind makes.

He's TWO! I honestly have no idea how that happened. 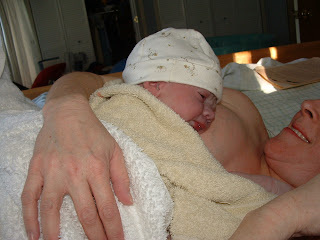 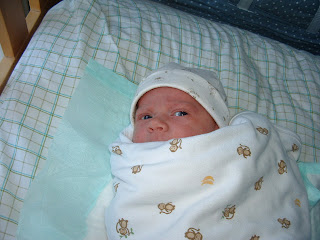