Elimination diet and the junk-food junkie

It's clear to me that Perp needs to go on a strict elimination diet. Her skin worsens by the day and aside from strawberries and tomatoes, there is no clear trigger. I made the mistake of going back to a scented laundry soap and that is probably a part of the problem, but it's not the only one. I know that Dude's skin improved immeasurably when I took him off wheat (plus he gained a pound in a month!), so I know it's probably going to be worth the effort. But. Ew.

I have a list of foods that she *should* be able to eat safely, but ensuring that she doesn't have anything else is going to be difficult. I'll have to send food to school for a few weeks, and insist that she eat NOTHING else there or at the ILs' place. This may prove to be harder than it looks. I think there are a few things on here I'm going to let her have yet, but if things don't get better within two weeks, I'll cut them out too. Oh, this is going to suck.

The biggest problem, I think, is going to be convincing people that this is necessary and useful. People don't always accept that simple foods, which are supposed to be good for you, after all, could cause her skin to be so bad. But it's true, they could. We know that tomatoes and strawberries make her flare hideously, so why can't other foods? I hope I can make that point without resorting to the "she's my child and I'll decide what's good for her" argument. I'm afraid if I have to make it, that will mean she cannot be in places where people don't respect my decision. Ugh.

On the plus side, I did this with Dude for a couple of months and lost like 15 lb, so it could be great for me to get back on the ED train. Extra oils for the kids, though.

So if you are considering doing an elimination diet, or if you've never heard of it and want to see the weeks of hell before us, here it is, copied and edited from this guy:

Any type of wild game is acceptable. Deep-water ocean fish such as orange roughy, halibut, tuna, and wild salmon are allowed. All salmon from Alaska is wild.

Turkey is allowable if it is fresh, has not been injected or pre-basted with “butterball” chemicals, is not ground, pressed, or otherwise processed, and has no additives.

Because wheat, corn, rice, rye, oats, barley, buckwheat, millet, and other grains are common causes of allergy, and because all grains belong to related food families, avoid grains while on this diet. This means you must avoid all breads and other foods made with any kind of flour. Although buckwheat, amaranth, milo and quinoa do not belong to the grain family, many grain sensitive people react to those grain substitutes and they should also be avoided. There is no way to make a sandwich, so get used to it.

You can eat nuts, including filberts (hazel nuts), almonds, or pecans. Use fresh cracked or nuts still in the shell, not roasted, or otherwise treated. (Peanuts are not nuts despite their name. They are actually legumes. Avoid peanuts.)

You may use safflower oil, sunflower oil, flaxseed oil, sesame oil and extra virgin olive oil. Use only cold pressed oils with no additives, purchased from a natural food source.

For condiments, you may use honey in very small amounts as a sweetener. Stevia is highly recommended as a natural sweetener. (Avoid NutraSweet®, Equal®, aspartame and saccharine, which are artificial chemical sweeteners.) Sea salt is allowed. The allowed oils can be used for cooking and on salads. Chopped nuts (of allowed types), ginger, garlic, cilantro, almond butter, and sesame butter are allowed. Many of the nut butters are processed in the same equipment that makes peanut butter, so read the label for warnings about small amounts of potential allergens.

Foods You Must Strictly Avoid

Sugar-containing foods: Avoid cane sugar, beet sugar, corn sugar, fructose, glucose, and brown sugar—including candies, cakes, sugar-coated cereals, ice cream, carbonated beverages, and the wide spectrum of processed and packaged foods which contain sugar. Sugar is hidden in dozens of foods including catsup, pickles, relishe, and salad dressings. Avoid artificially sweetened food or drinks that contain NutraSweet®, Equal® or aspartame. A very small amount of honey is allowed, but sweets are very addicting and it is best to go through a total withdrawal. Stevia is best tolerated as a sweetener.

Chocolate & cola-containing foods: Avoid chocolate and cola drinks of all kinds, including diet cola. Avoid all sweets, candies and foods to which chocolate has been added.

Meats: Avoid all forms of beef, pork and chicken, including luncheon meats, hot dogs, bacon, sausage and hamburger. Avoid all cold cuts. Avoid tenderized, spiced, processed or otherwise treated meat products of any kind. Most shrimp now sold in the USA is farmed in Asia and raised on human waste, antibiotics, etc.)

Fruits & Vegetables: Avoid white potatoes (even if the outside skin is red), French fried potatoes, potato chips and any food containing potato. Avoid tomato, corn, and rice. Avoid fresh, frozen or dried apples, oranges, and foods containing apple or citrus flavoring (which is often an artificial chemical). Avoid any other fruit or vegetable that was regularly eaten more often than once each week in the past.

Yeast-containing foods: Avoid breads, wine, vinegar, mushrooms, and dried fruits. Use only vitamins that are formulated to be yeast-free and hypoallergenic, without chemical additives or preservatives.

Coffee, tea & alcohol: Avoid all coffee and tea products (including instant and caffeine free). Also avoid herbal teas and all alcoholic beverages. Drink pure water, it’s good for you. Carbonated water, unsweetened but with all natural fruit flavor is acceptable.

Condiments: Avoid black, Cayenne. and any kind of hot pepper. Avoid onion, NutraSweet®, Equal® and aspartame, which are artificial chemical sweeteners. Beware of many spices that are mixtures of both labeled and unlabeled ingredients. Stevia as a sweetener is allowed, if a pure extract.

I heart Jemain and Bret

Flight of The Conchords

I am farmwife, hear me roar

Yesterday evening I took a chicken from cluck to pluck all by myself (okay, further than that, I also gutted it but that doesn't rhyme as well as pluck so if you don't like it, find me a better word). If you ever find yourself complaining about the price of free-range or pastured poultry, knock it off. It's a dirty, smelly job, and when you don't do it on a daily basis, it also takes a long time. So when you next enjoy a tasty wing or drumstick, say a silent thanks to the wage worker who killed and cleaned that bird. It's not a job most people would want to do regularly.

But damn, don't they taste good.

Back to the earth 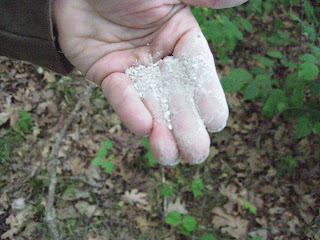 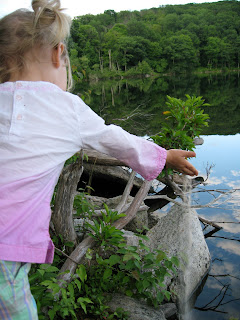 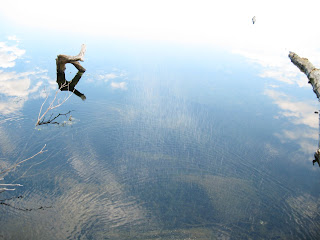 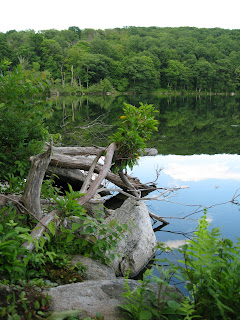